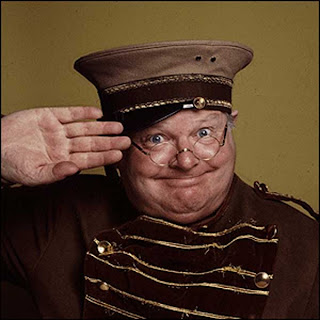 They really did say it themselves:

For once, Milliband was right.  There was no getting away from it.  They really did have to sit and debate it and it should have been one of the most solemn duties.  Everyone had a duty to take it seriously.  One way or another they were debating our entry into a catastrophe and whether they wanted this nation in or out they had a duty to take it seriously and to stand by their conscience.

But look at what we got .  We had a opposition leader who having sought lots of conditions and got them all decided that it was a good opportunity for political shenanigans ordering his troops to renege on the agreement.  Then he was followed by his MPs who went along with the game.

Then we had the coalition.  You've decided as a government you think you should send your military to "do something" and you agree to bring it to the House and this is what you reportedly end up with:

Within that we also had a "The dog ate my homework" type excuse in that two of them claim not to have heard the division bell.

That was probably one of the biggest motions and biggest votes they are likely to be involved in certainly in this year and it was certainly the biggest vote of the day.  So if it was so bloody solemn a duty how did we end up with that farce?

Where was the organising discipline?  How did the whips fail to stay on top of the whereabouts of these clowns? As to the clowns themselves, what was so occupying their minds as to miss that vote.

I suspect it wasn't ineptitude at all on the part of the missing but more like they were hiding.  This makes matters worse.  These pillocks set out as supposedly bright young things with dreams to rule the world.  What happens when that moment of responsibility comes?  They go and hide.  Oh good - copy the behaviour of a five year old whose broken a plate. They didn't even have the backbone to vote according to their conscience. My worry is not that they lost the vote - far from it.  In my mind this is impossible to get right - it was the lack of gravity in the thinking and organisation I'm railing against.  I've seen chimps at the zoo have better run sh*t fights.

I've got little more to say that won't involve copious amounts of foul language.  That however is how they approach the most solemn of duties. . That's the level of thought they've put in to this adventure. That's the mindset of both the ayes and the noes.  Virtually nobody treated in with any form of solemnity. Wow just wow.

Why I'm worried is I feel we will be in action in Syria.  I suspect another outrage will occur and someone will make a case that sees them decide to go in.  When we get there that same level of thinking will be meddling in the campaign and making decisions as events spiral out of control.
at 00:39