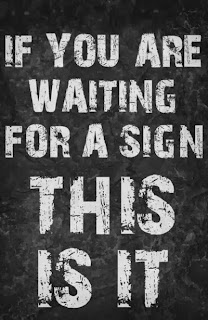 The reason for my question comes after this weeks PMQs.  Although I didn't hear all of it, I caught a summary in which Cameron & Miliband were going head to head over the utility prices row thats raging on at the moment.  Miliband has been posturing by calling the whole thing an outrage, something he will do something about when in power as though none of what is now happening was anything to do with him.  Cameron struck at this posing for the media by pointing out that Miliband very much had something to do with this as he was the Climate Change Secretary who proposed the law that loaded your utility bills with costs that are causing them to bite hard now.

Miliband struck back.  His argument broadly, was that Cameron was in no position to be so sanctimonious, as this was the same piece of legislation that when it was travelling through Parliament, Cameron acknowledged his support for.  Touche.  To finish it Miliband went with a little soundbite for the media - "he's gone from hug a husky to gas a badger".  Almost irrelevant, but very telling in itself.

Something like this tells you quite a lot and I don't really know where to start, especially with Miliband.  For both of them however this was not a good moment.  Despite the severity of the price rises and the price that will be paid in the homes of the elderly up and down the country, there was no agreement to look at this with anything tangible.  No one asked and no one said that they were going to go back to revisiting the law and look at the green taxes that are playing a big part in your utility bills.  It didn't enter their heads. No! They have to stay, so we're reduced to the circus, lobbing media friendly custard pies across the despatch box.  In other words these taxes will remain and therefore so will price increases.

The other point goes back to that time when this law was still going back through Parliament. Both of them and by extension, both of the key parties, backed these laws. This stuff has consequences.  They may not be immediate but somewhere along the way, this bill once it became law set in motion a train of events that sees your utility bills going through the roof.  It set in motion a train of future events that will see old people who have served this nation well, left forced to make decisions about what to spend their meagre savings on. Some of these people we will know as our friends and neighbours.

The impact of that bill on utility prices was predictable even back then.  It wasn't an unknown.  In fact it was part of the plan (but that's for a different post on a different day) and this brings me to my main point.

Stuff like this has consequences.  Consequences for us as individuals and our lives.  We're largely disinterested in those who create these consequences.  We think they're at Westminster playing a boring game.  In some ways they are.  The result is this whole thing disinterests us.  Many of us whine and moan, but nothing really happens.  We prefer to sit on our hands rather than kick up a fuss.  We don't hold our politicians to account. It's just not the British way you see.

Well there are consequences for that.  We'll see the price of our indifference this winter and the next and in future winters.  In fact we'll see it in future summers too as we pay ever rising prices even when when the heating is off.  Until we get interested in sufficient numbers in reminding them they are public servants, their games and their rubber stamping of their self regarded bright ideas will continue.  They will do what they choose to do, knowing that we will either simply watch it happen and or grumble in fashion that is ulitmately benign.

So now comes the time to ask if you're still content to sit on your hands, or would you like to play a part in turning this nation back on the path to a brighter, different future?
at 01:10